A downloadable game for Windows

Sir Gaelin, the Commander of the Knights of the Stormlands finds himself in an uphill battle against the Sovereign King and his Lords. This is the beginning of his tale...

Unsung Heroes is the first chapter in what could be a larger story. It was made in less than 30 days for the IGMC 2017.

A great deal of focus was put into the robust combat system, one that relies heavily on character party synergy and buffs/debuffs. Combat, although turn-based, is streamlined to be fast paced and strategic.

nice game! I've actually purchased some of your art assets in the past, it was nice to see them in acton. Ever plan on making a chapter 2?

At the moment I don't have immediate plans, simply because I am very busy making more art assets! I do enjoy making games though so would love to revisit this a bit. If you haven't played The Last Journey (you can also find it here on itch), that is very much a spiritual successor to this game, but better in my opinion.

Cool! This is an RM game done RIGHT!!

I am going to preface this by stating I am naturally keener on picking up what I don’t like about something more than I am at picking up on things I do like about something. I am not a professional, by any means, so please take what I have to say with a grain of salt. It is my hope that, by writing this the developer will be able to improve his/her product in the future! Here are the quick points for my review:

- Information provided in the help box was very useful.

- Game was pretty easy. Without looking at the strategy guide posted by the developer until after I had completed it, it seems he suggests what I was already doing, expect for partaking in the duels (which I didn’t). I didn’t have anything additional other than what the game gave me through its natural progression.

- Icon Text was hard to read. Perhaps instead of text, creating custom icons to clearly illustrate each effect that is possible and having them conveyed through the combat tutorial guy?

- Stat Orbs are huge and noticeable on the map. Weapons and other items were tiny sparkles. Why not make loot be denoted by the same effects?

- Platinum and Sovereigns have the same currency icon, which doesn’t really matter considering the platinum vendor is beside the dude that gives platinum for duels, but eh… minor point for the future I suppose.

- Optimising of Accessories slots felt a little odd. Sometimes you want certain characters to have certain effects via accessories.

- Eventing could be spruced up a bit. For example having enemies move into the characters sight before a battle and having them flee after a battle they run away from. This would add a lot to the game I feel like.

- Some of the passability on the maps had be a touch confused. IE the stalagmites in the caves I couldn't walk behind.

- Being thrust into a world of political strife with such little information kept me very detached from the story. What is so wrong with the Sovereign that the Stormers don’t want to be a part of it, etc. etc.

- Accuracy was very frustrating. Nothing hurts more than using a 5 turn cooldown ability and having it miss…

- Poison effects were dealing 12k+ to the final boss. Consider having different formulas for characters vs. bosses.

- Equipment names are lazily done (Metal Armor I, Metal Armor II). I figure these are placeholder to get the point across. Hopefully these will be updated going into future builds.

- Going from fighting soldiers to fighting rats (and them being the next step of enemies) felt a weird.

-- I feel like out of the 5 character slots available, you have only 1 slot that truly doesn’t have someone assigned to it alright (going into the last boss, which is mainly the only encounter that had some potential difficulty to it).
-- Slot 1 is the main character you cannot switch
-- Slot 2 should be a restoration character. I personally believed that John Guy was the best.
-- Slot 3 was reserved for Dienne due to enemies starting with or gaining buffs to steal
-- Slot 4 was reserved for a tank character so keep everyone else healthy
-- Slot 5 felt like choice was available, but at that point it didn't matter? I used the squire up until the caves because he was so powerful. After that it was up in the air / didn't seem to matter too much
-Equipment “choices” seemed rather moot as the protection system was so powerful and you got full healed after every battle. With everyone in at least Metal Armor I, I often didn't take HP damage.
- Non-soldier enemies having the protection mechanic felt a little odd (where rats get protection from?)

Overall the game went well and I feel like I would have enjoyed it had I had more information / introduction to the world and it's current state. More of a reason to hate the Soverign like that characters I was player as, etc.

Good work so far! I hope this helps.

Great feedback, it is appreciated!

It is very difficult to gauge what is easy and difficult for people - you found the game easy, a couple others couldn't get past the fight in the mountain pass because they were having too much trouble, and less than 30 days is not really enough time to perfectly balance things, but if I revisit this project I will definitely spend more time tuning it.

Actually, more time would basically address just about all of the issues you had with the game :)

The only thing that wasn't my fault that I can tell is when you mentioned that some abilities don't do what they say they do - they do, but certain buffs/debuffs can certainly affect if they land or not, and Luck (the stat) has a big role in that. Neglect Luck, you won't land your debuffs nearly as much. If the tank character taunts and doesn't get taunt, then that is because they have one of the debuffs that prevents buffs from being applied (or a monster used an ability to remove it ).

At any rate, this is great feedback that I would definitely take into consideration should I decide to expand upon the game! Thanks for playing!

I made a thread on the RPG Maker forums that includes a strategy guide for anyone having trouble: https://forums.rpgmakerweb.com/index.php?threads/igmc-2017-unsung-heroes.86884/ 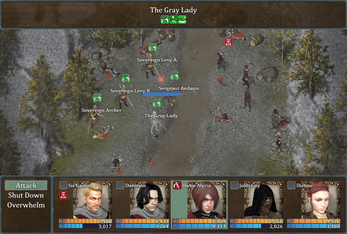 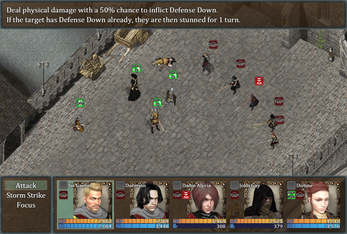 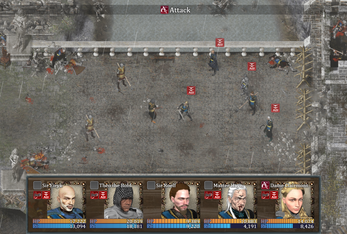 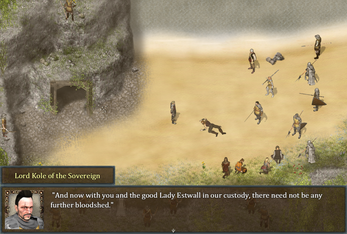 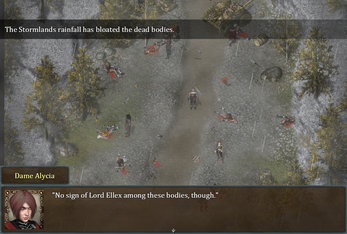 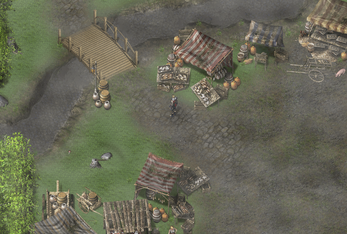